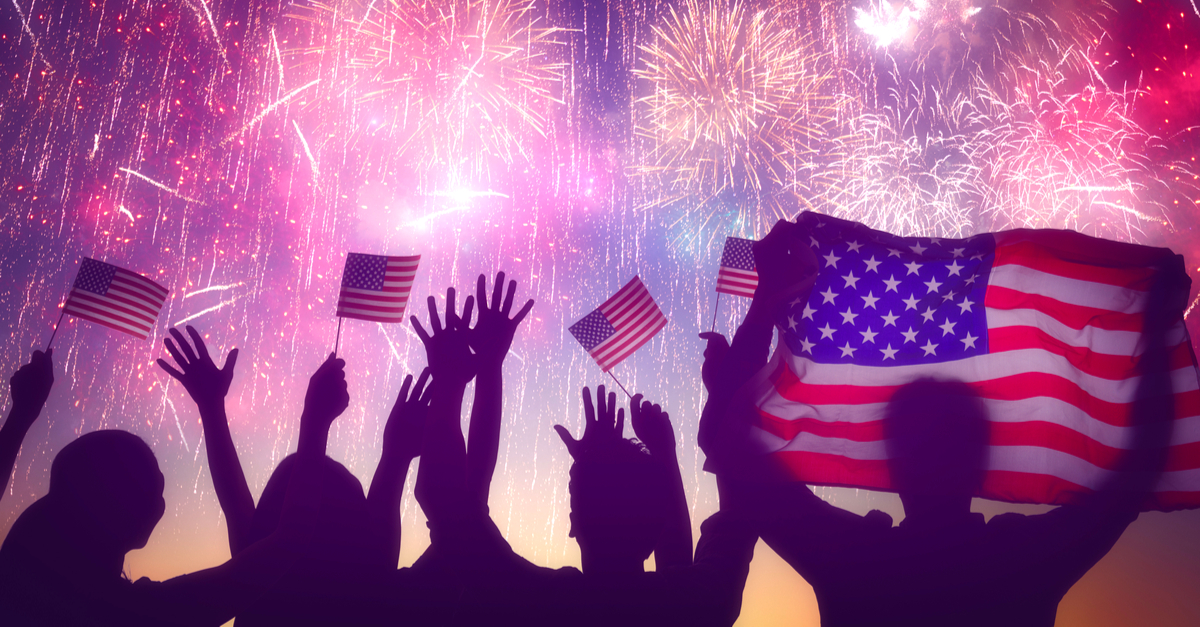 According to the National Sausage and Hot Dog Council (NHDSC), Americans are expected to eat 150 million hot dogs over the July 4th holiday. This is part of an estimated 7 billion that are expected to be eaten during the summer season from Memorial Day to Labor Day.

Fireworks were an Independence Day tradition as early as the first anniversary in 1777. John Adams wrote in a letter to his wife, Abigail, that he wanted Independence Day to be celebrated with pomp, parade, shows, and "Illuminations." According to the American Pyrotechnics Association, Americans spend $1 billion on fireworks each July. The APA estimates that represents about 268 million pounds of fireworks sold each year.

Apple pie is considered the most American dessert. When the colonists first came to America, they looked for ways to distance themselves from Britain. That meant no more traditional scones and cakes. They learned how to make a flaky pastry that would become a crust, and since apples were easy to come by, they filled the pastry with apple slices. The apple pie was born.

The Lakes Realty Group posted a list of "most impressive" fireworks displays across the country. Here they are:

2. WAWA Welcome America July 4th Fireworks and Concert, Philadelphia. Living up to its claim to the "birthplace of America," Philadelphians start celebrating days before the 4th with two fireworks shows before the "big one" on July 4.

When asking staff at Clay Center PMMA about their favorite fireworks here is the list we composed:

Posted on
June 25, 2021
by
filled under
Holidays
Back to Blog