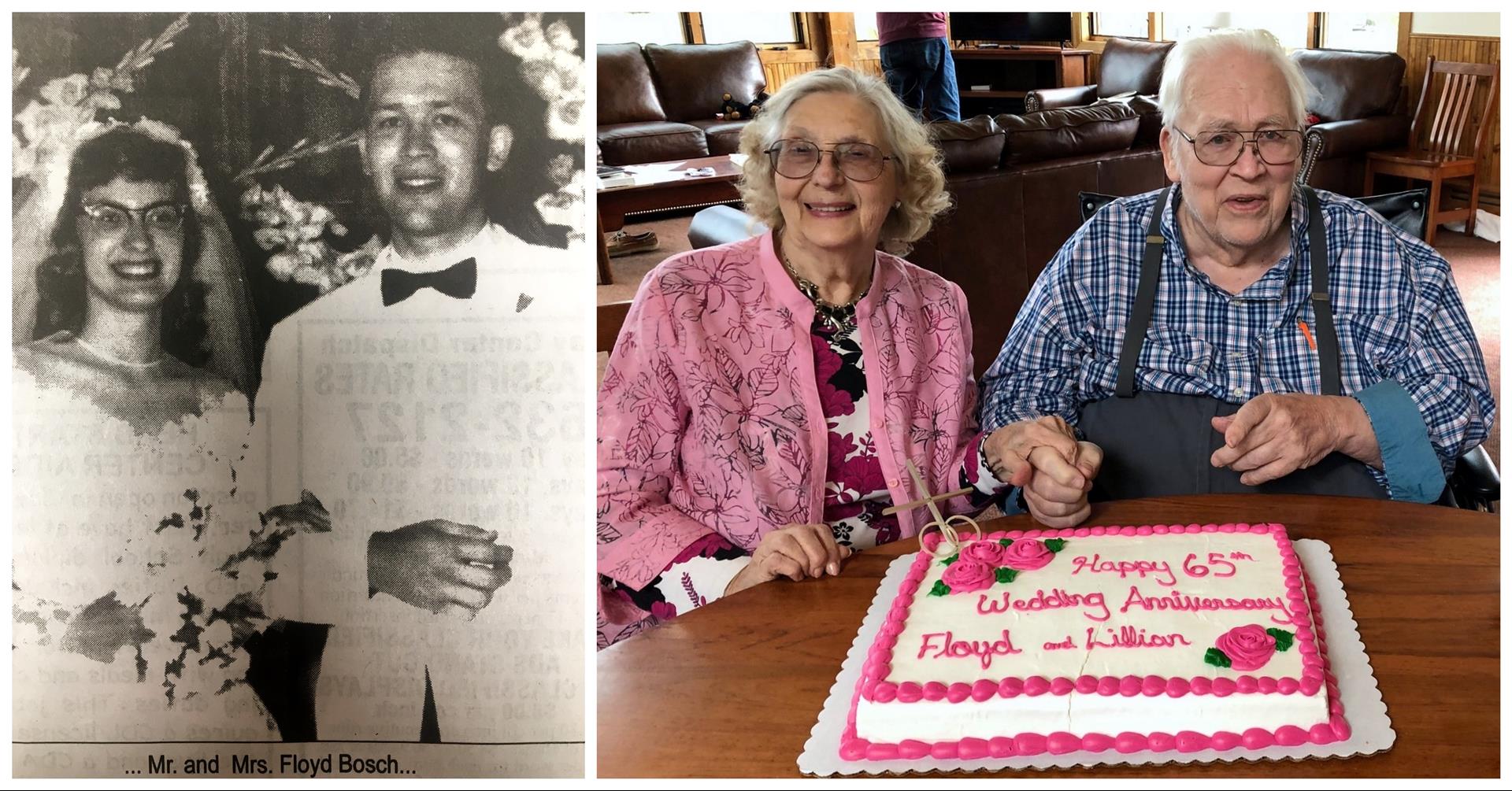 The couple met while in college at St. John’s Lutheran College in Winfield, Kan. After leaving St. John’s, Lillian was a teacher in Wichita while Floyd went on to St. Louis, Mo., to pursue a future in ministry. While apart, Floyd would hitchhike to go see Lillian in Wichita. He told a story about how after buying an engagement ring, he sewed it into his shirt pocket so nothing would happen to it on the long trip to go see Lillian.

They were married on a very nice June day in 1954 at Trinity Lutheran Church in Salina.

They spent 12 years serving the Lutheran Ministry in England before moving to Clay Center. Lillian spent more than 20 years with Big Lakes Developmental Center as vice president of case management.

To celebrate their upcoming anniversary, the couple recently took a trip to Estes Park, Colo., with 34 family members ranging in age from 10 months old to 90. They all stayed in one large cabin together, where the families took turns preparing a meal for the entire group to share. There are several activities all were welcome to take part in including playing cards, horseback riding, hiking, white water rafting and of course, a Sunday devotion.

When asked what advice they have for 65 years of wedded bliss, they both said, "Marry a Christian, have Christ in your marriage, and bring your children up with a home life based in faith.”

One thing they like about Presbyterian Manor is our mission statement to provide quality senior services guided by Christian values.

Congratulations Floyd and Lillian, and thank you for being part of the Presbyterian Manor family.

PHOTOS: At the very top, left, is a clipping of Floyd and Lillian Bosch’s wedding photo which appeared in the local paper for their anniversary, and at right, Lillian and Floyd Bosch pose with their anniversary cake.

Posted on
July 20, 2019
by
Cindy PMMA
filled under
Residents
Back to Blog