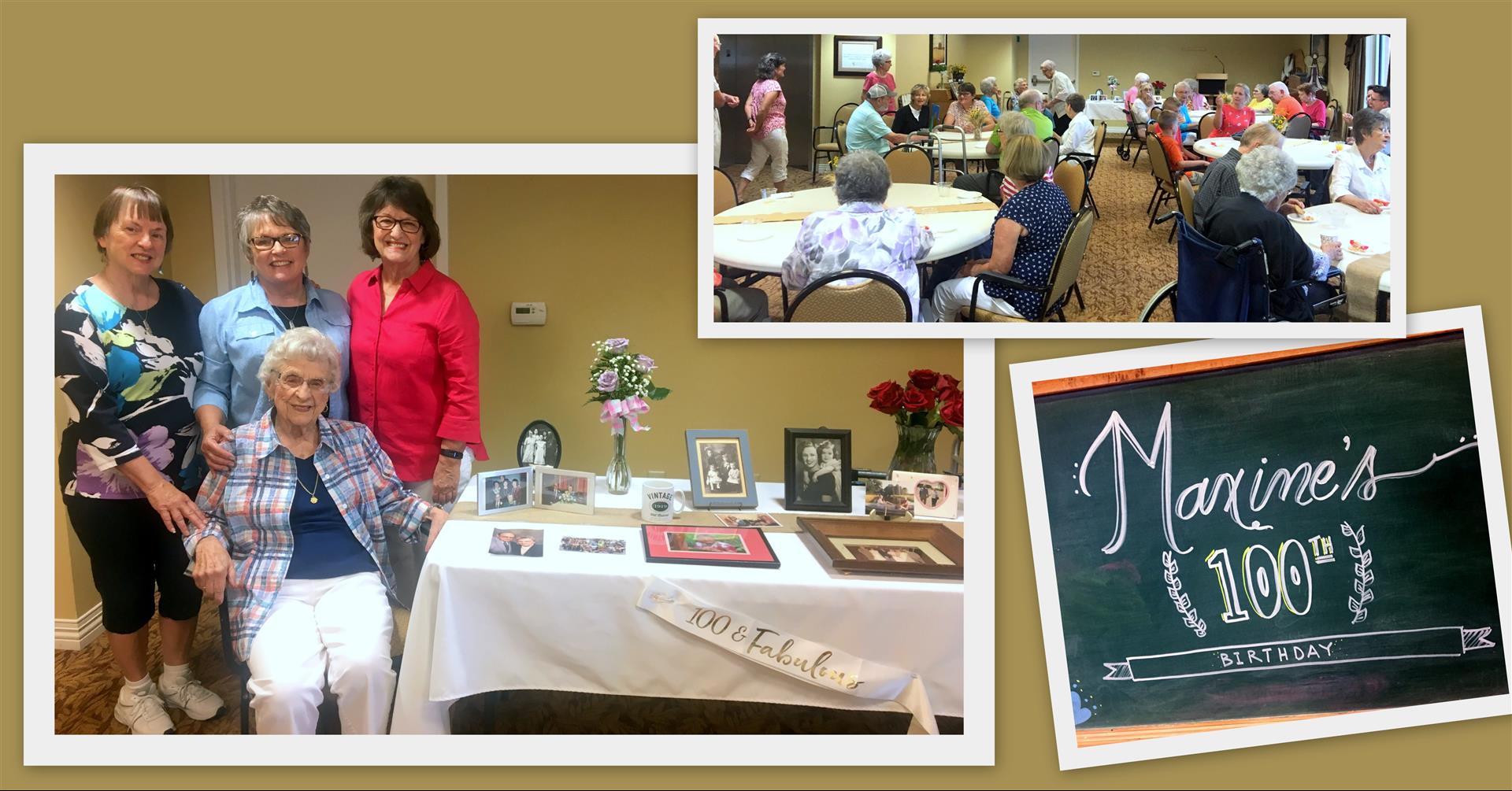 Maxine’s family held a come and go reception on August 15, with a host of friends attending to help Maxine celebrate this milestone.

Other members of the centenarian club include Winnie Barker, 102, Harold Hartner, 103, and Ruth Butterfield, 100.

The residents have seen many significant technological and cultural changes in their lifetimes.

Here are a few fun facts about life 100 years ago:

PHOTOS: At the very top are Maxine and her daughters. In the bottom photo are, left to right, Winnie Barker, 102, Maxine Neill, 100, Harold Hartner, 103 in November, and Ruth Butterfield, 100.

Posted on
September 16, 2019
by
Cindy PMMA
filled under
Residents
Back to Blog