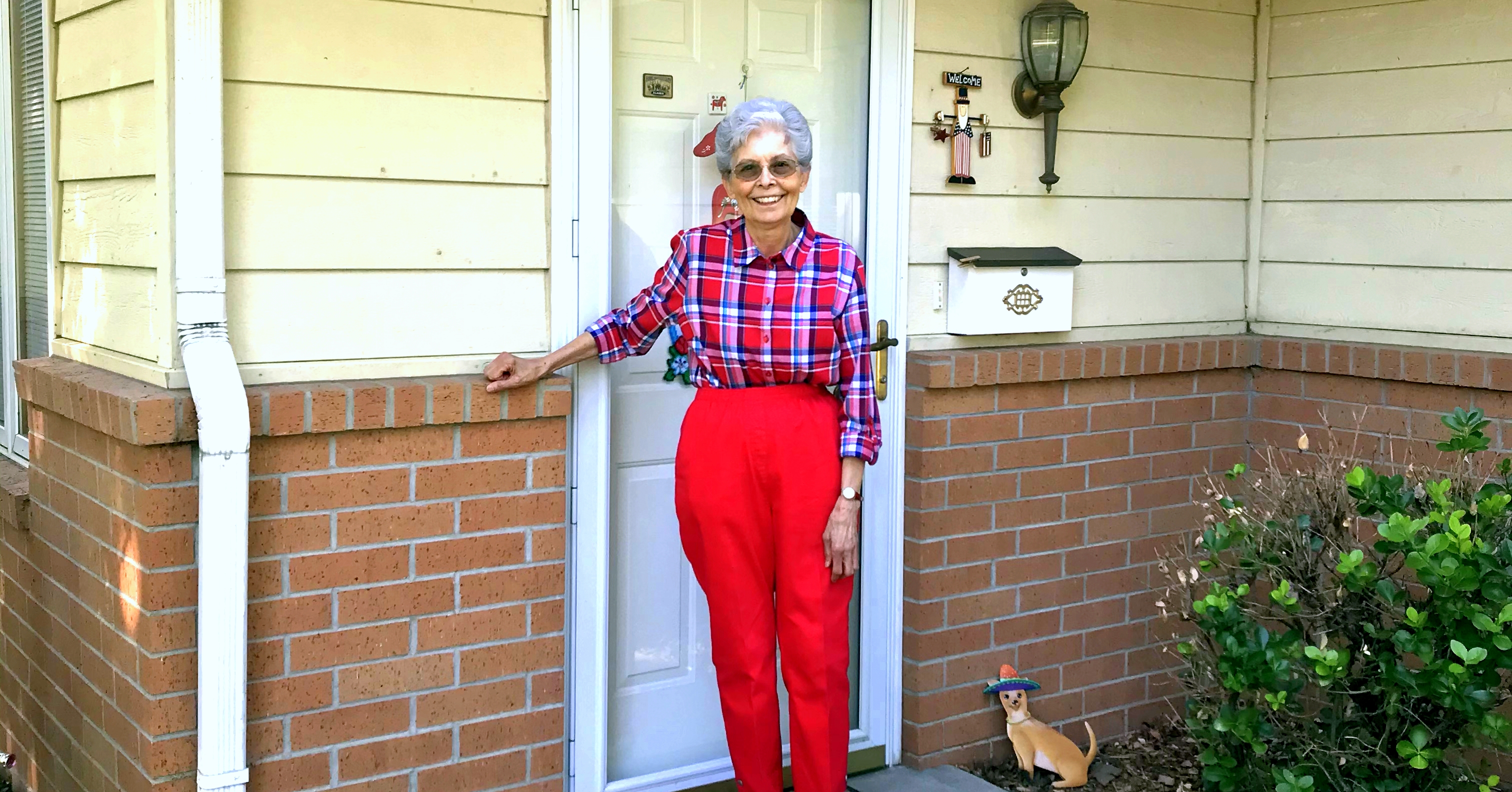 Mary Mayer was having some issues with her legs going numb and had suffered several falls. These events prompted her to write a letter to the head of PMMA to inquire about a new place to live.

“I am Presbyterian, and I decided I needed to get somewhere if I needed help I could have it,” Mary said. “I wrote to the head of the PMMA association, and said I wanted a garage and a washer and dryer.”

By August of last year, she had moved into a nice cottage home in Clay Center.

“I have a garage, a bedroom, bathroom, utility and dining room. It’s a nice big apartment,” she said.

In addition to the ample living quarters, Mary said she enjoys being in Clay Center — and so near the downtown area, which allows her to get just about anything she needs.

“It’s a nice town. Everything is close. The church is only three blocks away,” she said. “Downtown is about four blocks away, and it’s easy to navigate.”

Before moving to Clay Center, Mary lived in Independence, where she moved after retiring in 1993 as a special education teacher in Hutchinson.

Now that she’s settled into her new home, Mary has been able to get to know the staff. She has also been able to return some of her thoughts to her hobbies, including needlework, reading and scrapbooking.

“One thing I did, I’ve gone to all the state capitols,” said Mary, who is now 80 years old. “I have a scrapbook of all the capitols. Then I thought I’d do all the county courthouses in Kansas — all 105. I started the state capitols when I was 8 and finished in 2017. So that took a while, didn’t it?  The courthouses, I guess I started around 2012 and finished them pretty fast. I could go around Kansas pretty fast.”

She said she was amazed at the elaborate beauty of many of the buildings.

Mary said she’s really appreciated meeting new people at Presbyterian Manor, including staff members who go out of their way to help her.

“The staff is very nice,” she said. “They are very helpful when you need it. If a lightbulb burns out, they’re Johnny on the spot to help you. They are all really nice.”

Posted on
July 20, 2021
by
filled under
Residents
Aging Well
Back to Blog