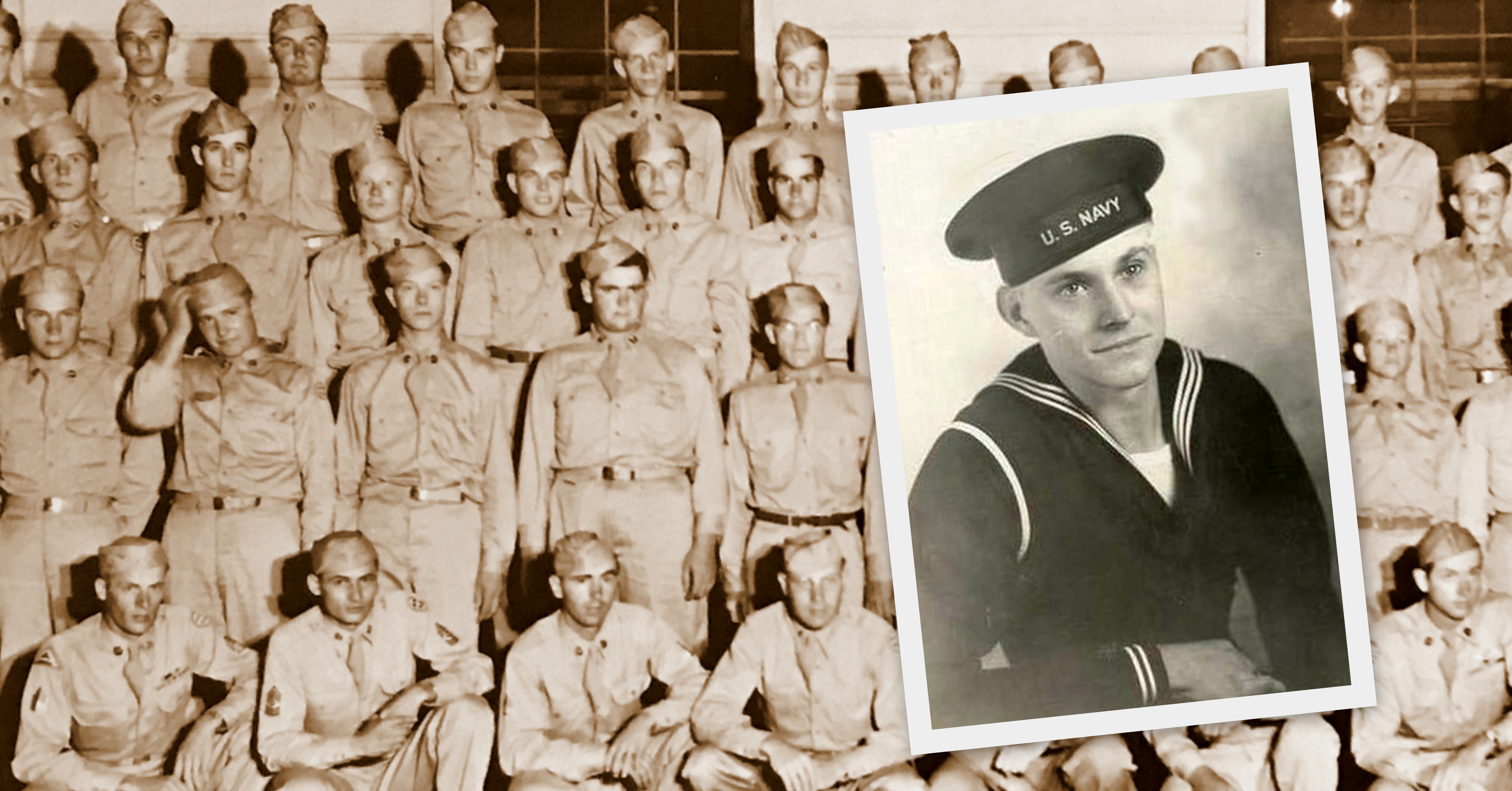 Thankful for our Veterans

His most dangerous time in the Navy was during a typhoon in September 1945. He was on a 175-foot ship with around 50 other sailors. The typhoon pushed most ships onto the beach. Donald’s ship took to sea to try to ride out the storm.

The next 48 hours brought no sleep and a constant storm that pushed them 200 meters back, even though they were trying to move forward the entire time. The below-deck doors came off, but luckily the ramp is what keeps the bottom deck sealed from the water.

Donald’s time in the Navy created lifelong friends. Even though he hasn’t seen many of them throughout the years, those few years serving together created a bond that lasted a lifetime.

We asked Donald to share a few memories from his service to our country:

Posted on
October 17, 2021
by
filled under
Residents
Veterans
Back to Blog